Fun at the Regatta Parade 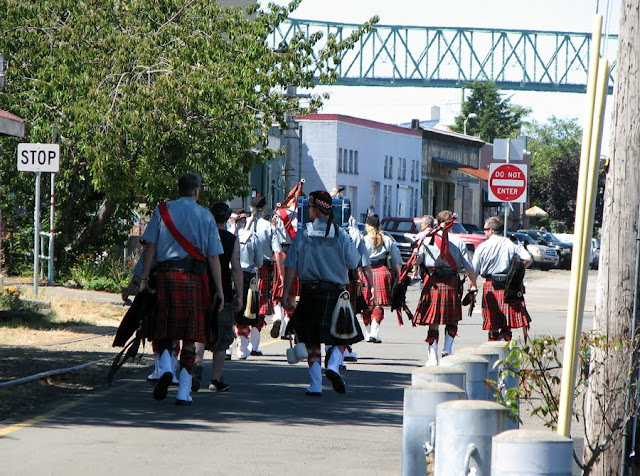 The annual Astoria Regatta Festival is 116 years old, and this year it celebrates the Port of Astoria's 100th birthday. The parade took place yesterday on one of the only really hot days we've had all year. It was 90 degrees, which for here is scorching. I got my first glimpse of the participants along the River Walk after they'd finished the parade route. 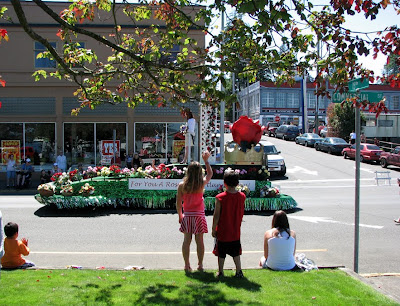 Then I ambled my way across Marine Drive to watch from the shaded corner of Commercial and 15th Streets, a mere two blocks from the end of the official parade route. Some hot and tired participants chose to turn left onto 15th Street (on our right) and make an early escape. I watched from under the shade of this tree with a plastic bottle of ice and fruit juice. Especially today, I'd rather be the photographer. 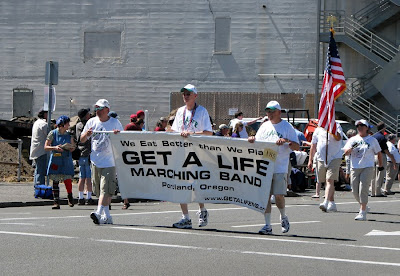 This was one of my favorites, the "Get A Life Marching Band" from Portland, whose slogan is, "We eat better than we play." I believe this is true, because otherwise they would all be starving, and clearly they were not all starving. All of the members have three things in common. Check out their site to see what they are. I imagine they have a lot of fun. 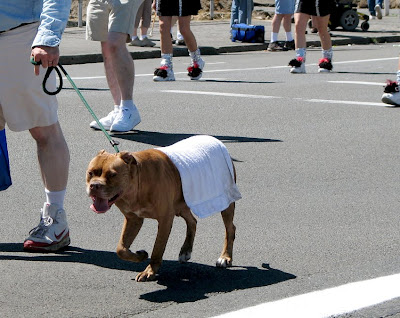 Trying to keep the "Get A Life" dog cool. What is a parade without a hotdog or two? 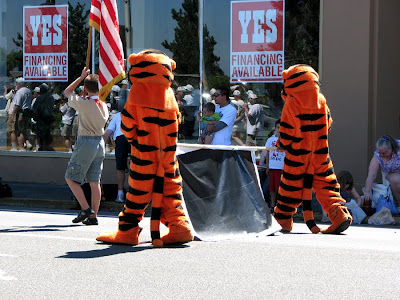 These are not hot dogs, but very hot tigers from the Cub Scouts. If the parade had only taken place a few hours later, they would have been the ones smiling. The marine layer came in and dropped the temperature back to Astoria's typical summer high 50s or low 60s. 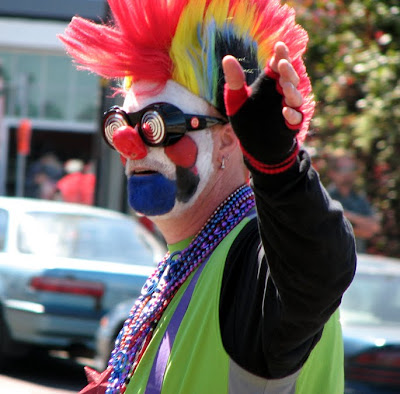 I usually don't like clowns, but I always enjoy the ones in the Astoria Regatta parade. They're laid back and colorful. Whatever it is, I like them. 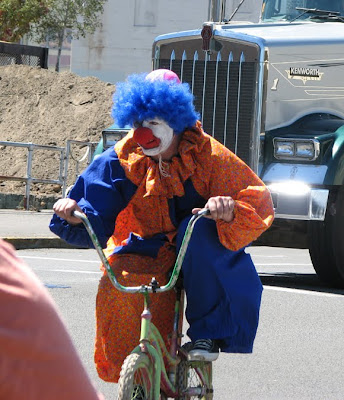 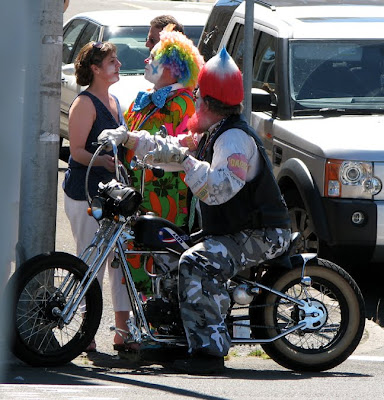 The woman with the white face is suffering from Clown Kissing Syndrome. It seems they know each other. 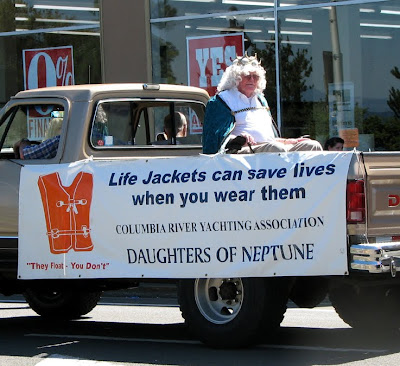 Here is one of the beautiful Daughters of Neptune. You may need to enlarge the photo for the full effect . . . or not. 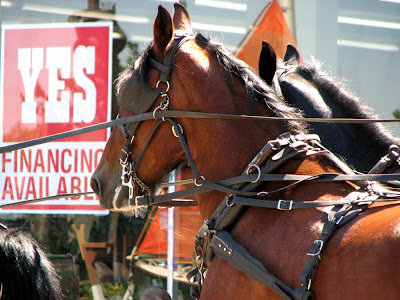 Wells Fargo had a nice stagecoach, but what I really liked were the sleek horses. 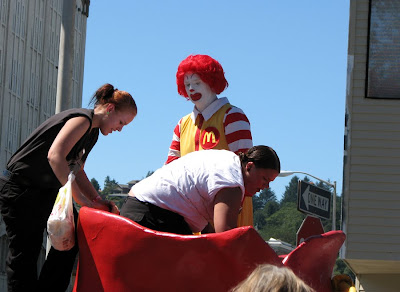 Ronald is joined in his big red shoe by a couple of friends. 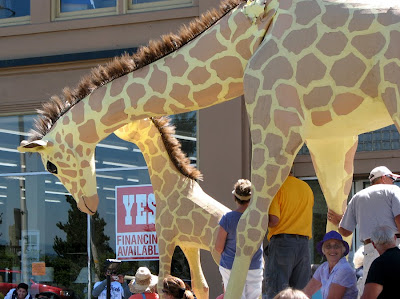 This is my favorite float, the Astoria High School Class of 1960. I got to the parade late, so I missed some of the first floats, but this would probably still be my favorite. 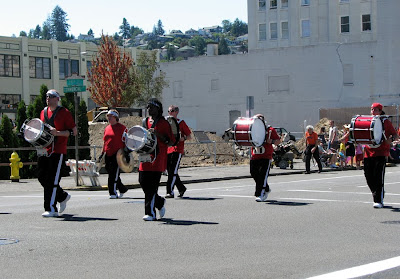 And this was my favorite music. This percussion group from Portland (I think) was hot in the right way and got an ovation. By this point in the parade, many of the bands were too dripping hot and tired to play anything. 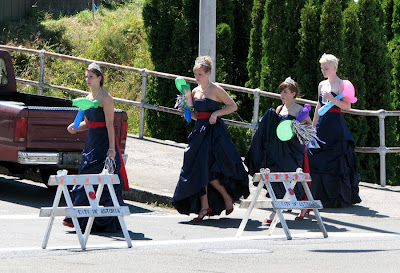 They look cool and lovely, but I can assure you, these ladies in their navy blue gowns and spiky heels were finished. 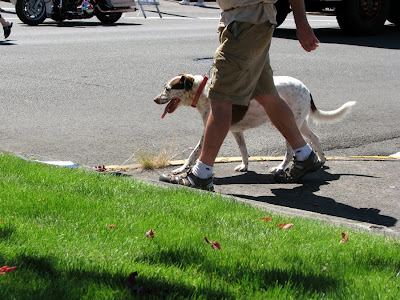 Another hot dog, anyone?


This blog is sponsored by Tapir and Friends Animal Store.
Posted by tapirgal at 12:06 PM

What a fun way to spend a Sunday! Great captures of this parade in Astoria, Sheryl.

An incredible tourbillon of images! I agree about the clowns, I almpst hate them, but these are quite diffrerent...

I would have loved the pipe band!