Comparisons: Then, Now, Then, Now 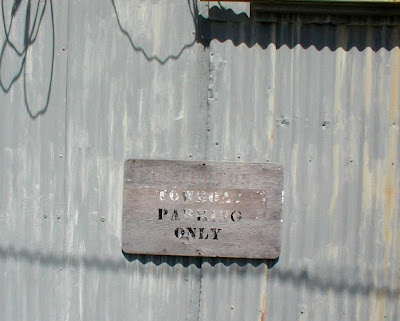 August 7, 2001
The photo I wanted to post today was this shadowy, worn, corrugated funk from 2001 (and before), as it's one of my favorite Astoria photos from my archives. But since it no longer exists, I thought I would update the location. The text on the sign used to read: 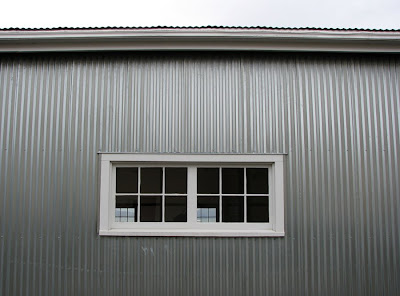 The building, at 12th Street and the River Walk, was refurbished a year or two ago (I can't keep track except through my photo archives), and now holds several businesses and some space that's still available for rent. I took the photo above this morning at approximately the location of the first photo. There are several windows now, and I don't know if they're in the same places as the old one in the shadow picture. (Note: Although this end of the building is at 12th Street and the River Walk, the other end is at 14th Street, hence the name "14th Street Pilot Station." There is no 13th Street here, so the building is one block long, and is named after the other end, which is probably the official address :) 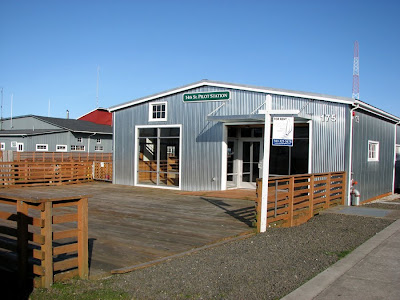 I took this photo a year ago, on March 12, 2009. You can see the window on the right, and you can see why they call it the 14th Street Pilot Station. The pilot boat dock is the gray building on the left. You can stand on this deck or on the enclosed deck at the center of the building and watch the pilot boats come and go. 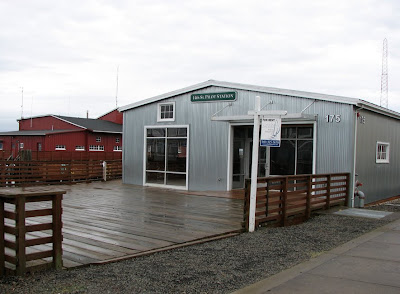 This year they pained the gray pilot dock building red, although the color is hard to see on this rainy day. I took the photo this morning when I took the picture of the window above. Our weather has been alternating sunny and stormy, which is normal for this time of year. At times yesterday, the scene would have looked more like photo number 3.

This blog is sponsored by Tapir and Friends Animal Store.
Posted by tapirgal at 1:16 PM

Looking at that first photo I thought "How do you park a towboat?"

I really like these kinds of shots and they are so "natural" I think I am getting a "fishy" smell way down here in Florida.

It appears you have to keep your eyes open in Astoria as things keep changing rather quickly!

I like this place for obvious reasons and, like Jacob, I can imagine the smell, probably not much different than here.

It's always good to keep a photo journal of changes.

It is raining a deluge here. I am going to go check the rivers and see how high they are. the rivers here are regulated by the tides too. they run into the bays that go to Puget Sound and the ocean. MB