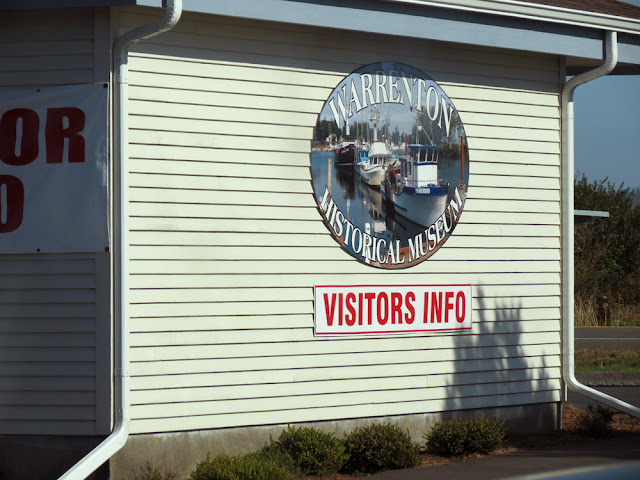 Here we've crossed the Young's Bay Bridge and have stopped at Rite-Aid. I took the opportunity to snap this photo in the other direction. I don't know if the sign is brand new or if I've just missed it until now, but it looks pretty shiny. It shows the harbor at Hammond, just down the road along the Columbia River. The museum, near the harbor, has been posted at other times, although I've never been there when it was open. 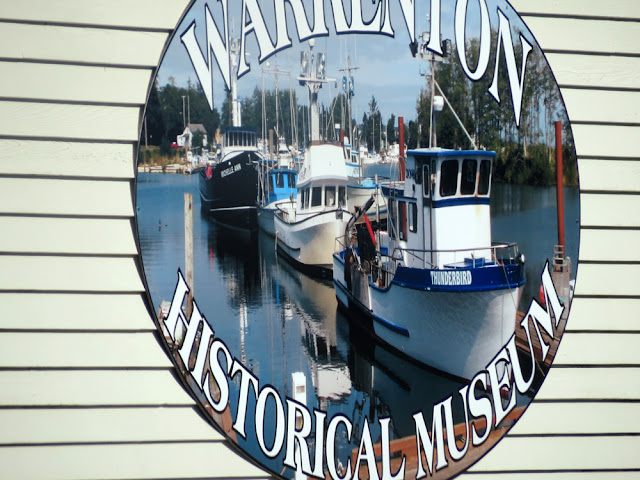 Thanks to those who were concerned for my safety and asked if I'd been taking the pictures while driving. No, I wasn't. Lee was driving, and I was the passenger with the camera. I still have a few fun shots to show you of the trip back.

This blog is sponsored by Tapir and Friends Animal Store.
Posted by tapirgal at 12:38 PM

Nice shots and thanks for the drive along adventure you are having. Say hello to Lee too. MB

This is a terrific sign...certainly attractive enough to me that I'd want to stop and check out the museum.

I'll look forward to your other photos of this trip.