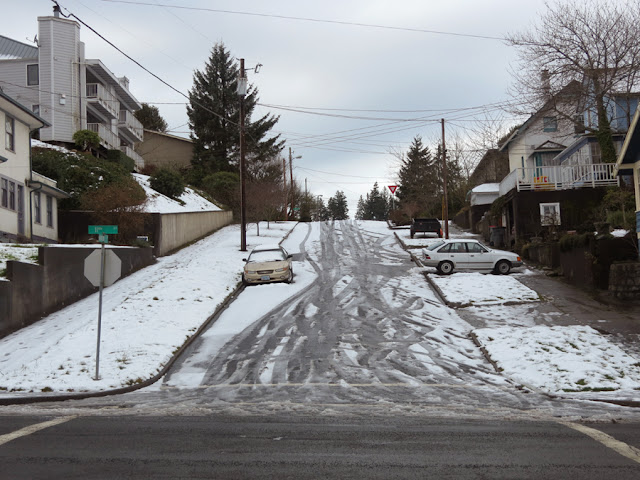 Astoria, Oregon ~ January 17, 2012
This is Harrison Street (with snow) at 11th Street (no snow). Eleventh street gets more traffic, and it gets the gravel as well. I took this at about 11:00 this morning. 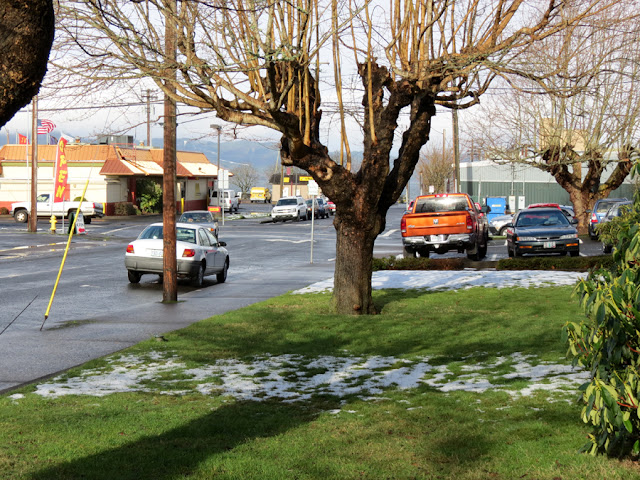 By early afternoon there were still traces of snow in Astoria, but not that much. I guess it says something about Astoria's winter weather that the grass and azalea bush at the post office are this green in January. 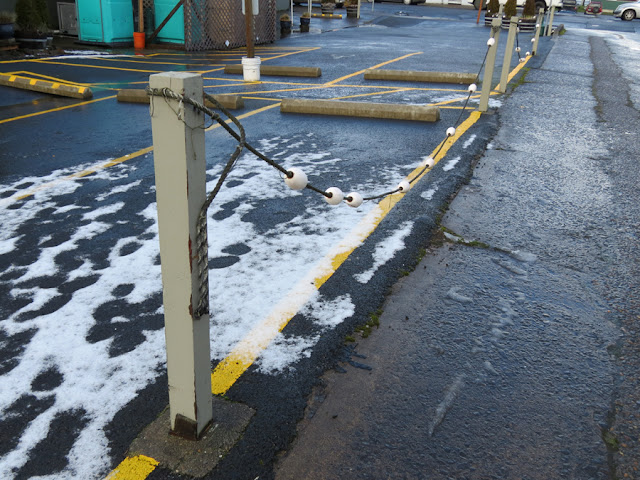 I took this photo on a teeny street called Flavel that comes off of Bond Street. It's as wide as an alley and about half a block long. By tonight all the slush and water may be slick and frozen. Then again, it may just rain a lot. The weather report says there's 100% chance of precipitation tomorrow, and the temperature as I write this at 4:15 p.m. is 35 degrees. While we slop around in cold, damp streets with fading snow, Seattle, about three hours north and east, is bracing for enough of the white stuff to seriously derail their travel plans. 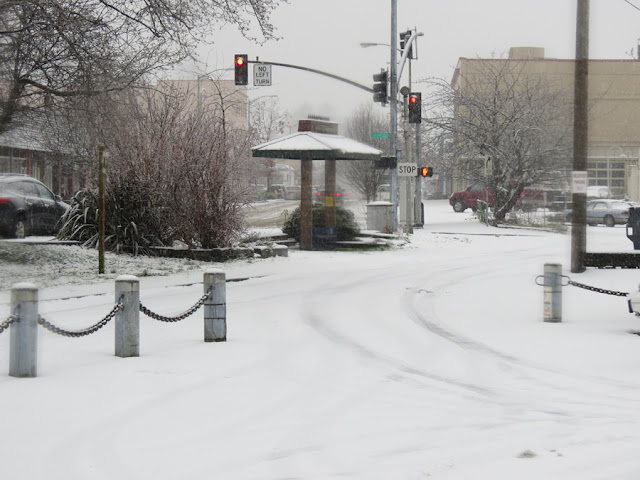 Here's another photo from yesterday along the River Walk facing the stoplight at 14th Street.
This blog is sponsored by Tapir and Friends Animal Store.
Posted by tapirgal at 4:19 PM

I can see the scene drivers getting so nervous to controle their cars on slippy roads...

I wish I could make a snowball right now. We've had such a mild winter until now...

I have almost the same scene outside my window right now. It doesn't look like it's going to stick though as the ground hasn't been cold enough.